WHAT IS IT FOR?

REA is a combination of three ingredients that help reduce premenstrual symptoms. It is currently estimated that 30-40% of women have premenstrual syndrome. Of this percentage, approximately 20% see some of the symptoms affect their daily activities.

REA is indicated to treat both physical symptoms (chest pain, tiredness, fatigue, insomnia) and mood swings. By acting by different mechanisms, it is a supplement that helps in the whole spectrum of symptoms in this phase of the menstrual cycle, in addition to being in support in other problems at the gynecological level.

Vitex agnus (also known as chasteberry or chasteberry) is a plant used to treat menstrual disorders for several centuries. This plant presents different compounds such as vitexin, agnusides or casticin that have a beneficial effect on the fluctuations that occur during the menstrual cycle. Today, we know that part of the premenstrual symptoms are due to elevated prolactin levels (hyperprolactinemia). 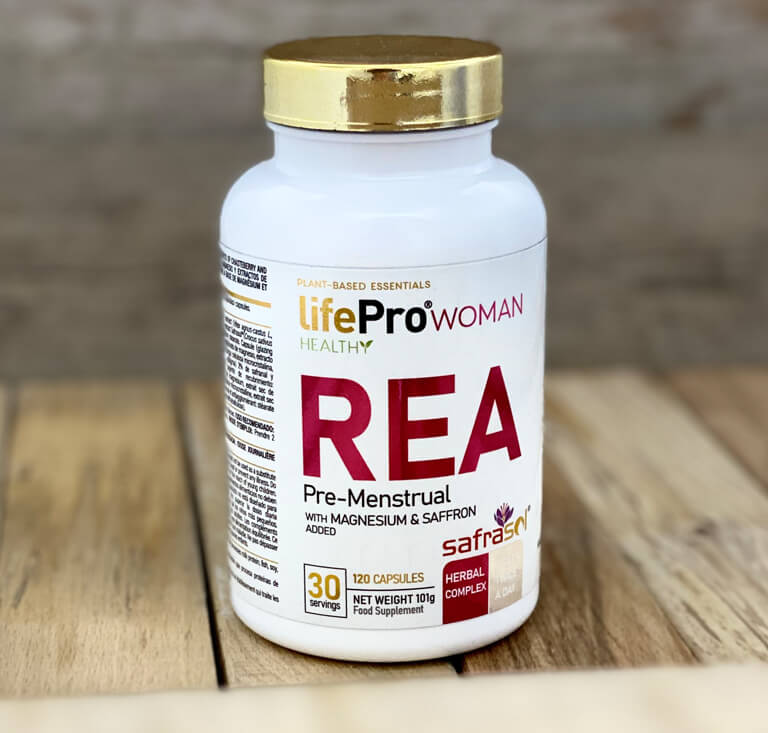 Vitex helps reduce prolactin levels, relieving these symptoms (especially chest pain). In addition, some studies show that they have activity on dopamine (neurotransmitter) receptors and help regulate the ratio of luteinizing hormone:follicle stimulating hormone (LH:FSH), acting on estrogen and progesterone levels. In this way, the active compounds of vitex would not only act at premenstrual level, but would also help with other gynecological problems.

On the other hand, we can also find alterations in magnesium metabolism in some cases of migraine or even in neuropsychiatric disorders. Therefore, magnesium supplementation can help alleviate certain premenstrual symptoms as it influences muscle contraction and even the activity of some neurotransmitters such as serotonin.

Crocus sativus, better known as saffron, has flavonoids and other active compounds that have antibacterial, immunomodulatory, antioxidant and even antidepressant activity. As far as the menstrual cycle is concerned, it has been observed that it helps to improve mood due to its action on serotonin metabolism, being one of the few supplements that shows benefits on premenstrual dysphoric syndrome (PMDD), a severe mood disorder that affects 8% of women. 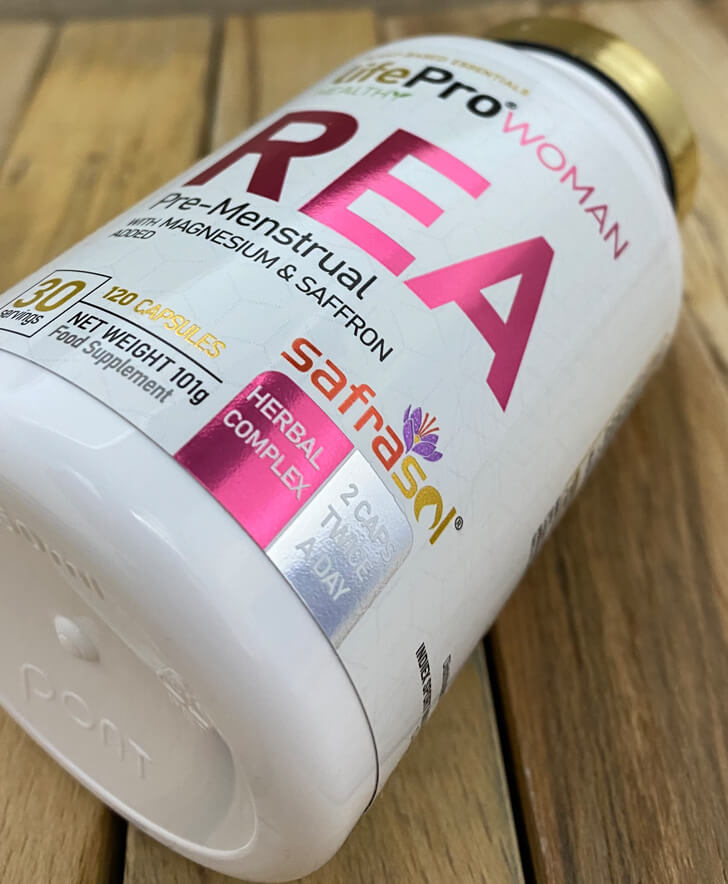 In addition, recently published reviews show benefits on pathologies such as Alzheimer's and cardiovascular pathologies, which opens the door to other benefits.

If you are receiving any type of medication consult with your doctor before use.

Due to the precautionary principle, it is recommended to avoid the consumption of this supplement in pregnant women.

WHAT DOSAGE TO TAKE?

Composition: This product is composed of a combination of myo:chyro inositol, vitamin D,turmeric and zinc.

Its main ingredient is inositol, which is found in two forms myo and chyro-inositol. These forms are found in 3g doses with an ideal ratio (40:1) to achieve the benefits of both compounds.

Inositol is a molecule that acts as an intracellular messenger, acting in the regulation of certain hormones such as follicle stimulating hormone (FSH) or insulin. In the case of women with polycystic ovary syndrome we can observe lower levels of this molecule, which leads to problems such as insulin resistance, menstrual cycle alterations, worse lipid profile and a series of other metabolic problems. In the case of Ovapro, it has been decided to increase the efficacy of inositol by adding 3 other compounds: Vitamin D, turmeric and zinc.

Vitamin D is a fat-soluble vitamin which in several studies has shown that its supplementation in women with PCOS improves insulin resistance, which is important as it would reduce the risk of obesity or diabetes. In addition, vitamin D has a fundamental role in the maintenance of bone tissue or even the immune system, which would help to reduce problems associated with these, such as autoimmune hypothyroidism. Thus, vitamin D is essential together with inositol in the management of PCOS and its associated problems, being both components essential in this formulation.

Curcumin is a polyphenol with a multitude of effects at the cellular level. One of its major benefits is that it is a potent anti-oxidant. Since many of the symptoms of PCOS involve complications related to free radicals, supplementation with turmeric could help mitigate the adverse effects of these. As for the different forms of administration of turmeric, it acts through a series of compounds called curcuminoids, such as curcumin. The administration of curcuminoids shows low availability in most of the forms present in the market, however, some forms with special technological properties such as the most bioavailable patent of the market known as Cursol ®, allows to reduce notably the dose at which its maximum positive effects are achieved, obtaining an active principle of maximum quality.

Zinc is one of the most abundant micronutrients in our body and fundamental in the fertility of women, however, it cannot be stored, being essential its intake through the diet. In the case of women with PCOS, lower levels of zinc have been observed, which could affect fertility. On the other hand, several studies have shown benefits of zinc supplementation in PCOS, improving symptoms such as alopecia or hirsutism.

In conclusion, the combination of Ovapro's active ingredients will help the treatment of polycystic ovary syndrome (PCOS), as well as on the associated comorbidities, pathologies, signs and symptoms improving the hormonal and metabolic health of women with this problem.

If you are receiving any type of medication consult your doctor before use.

Although it is a safe product for pregnant women, it is advisable to talk to your doctor first before taking the product.

One scoop in 250-300mL of water. To improve absorption, it is recommended to consume with a high-fat meal.