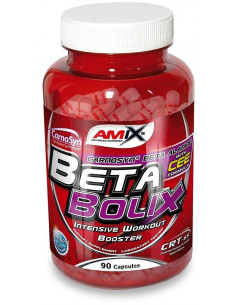 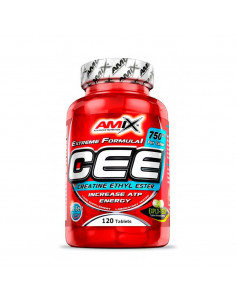 Ethyl ester is a novel formula that aims to revamp creatine supplementation. It has been specifically designed to overcome the most important drawback of this type of product: the loss of effectiveness due to the breakdown of creatinine in the stomach. This phenomenon means that classic creatine monohydrate supplements are not able to deliver their full benefits, as some of this compound is converted into creatinine and eliminated in the urine.

The creatine ethyl ester is the result of research which concluded that by reducing the hydrophilicity of the supplement, its absorption would be more direct and the aforementioned breakdown would be avoided.This type of innovation demonstrates that, nowadays, the scientific aspect has gained tremendous weight in the world of sports nutrition. The evolution of the sector now allows companies to invest a significant amount of money in studies that gradually improve existing products.

What is creatine ethyl ester?

Before talking about the most novel aspects of the ethyl ester formula, it is necessary to explain what are the main properties of creatine , those that have made this compound one of the most important in sports supplementation.

creatine is a substance that fulfils a number of vital functions for optimal functioning of the muscular system. In fact, it could be said that creatine is a kind of 'fuel' for the muscles. This is because its properties ensure that the energy stores that enable muscles to work at high performance are always available.

The benefits of this quality are basically an increase in the quality of physical performance in terms of strength, power or endurance. As if all this were not enough, creatine supplementation also facilitates anabolism, an organic process through which the recovery and growth of muscle mass is stimulated.

These qualities are common to virtually any supplement containing creatine; however, it is now time to point out the essential differences that led some researchers to believe that the ethyl ester formula would improve on the classic creatine monohydrate . 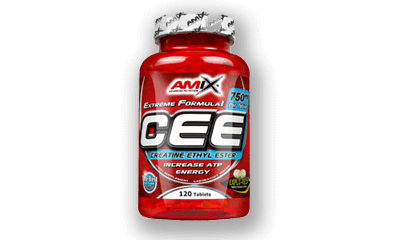 As mentioned in the introduction, when creatine passes through the stomach, a percentage of it is broken down into creatinine and subsequently excreted from the body. In this way, its effectiveness is substantially reduced and its properties are lost before it can be assimilated by the body.

The appearance of ethyl ester is an important new development that, in theory, can eliminate this problem. By reducing the tendency of creatine to interact with water (hydrophilicity), this formulation would achieve a more direct absorption, thus avoiding the transformation into creatinine.

Unfortunately, the few experiments that have attempted to demonstrate its efficacy have yielded rather negative results. At best, creatine ethyl ester has the same efficacy as creatine monohydrate .

When to take creatine ethyl ester?

Creatine supplements are designed to improve athletic performance by increasing muscle performance. Therefore, it seems obvious that the best time to take them is just before physical exertion, whether training or competition, in order to make the most of their qualities.

What is BCAA ethyl ester for?

The BCAA ethyl ester products follow on from the creation of creatine ethyl ester. If this new formula had been designed to increase the body's absorption capacity, using it in conjunction with other compounds would also improve its positive impact, in this case, the substance of choice is BCAAs , a series of amino acids with a fundamental role in the functioning of the muscular system. In addition to improving protein synthesis, they have the ability to slow down catabolism, the process by which muscle tissue is eliminated in order to obtain energy from it. Thanks to these amino acids, it is possible to maintain muscle mass during restrictive diets.