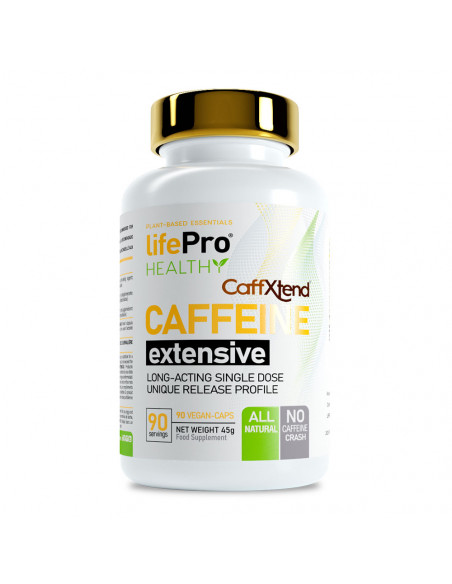 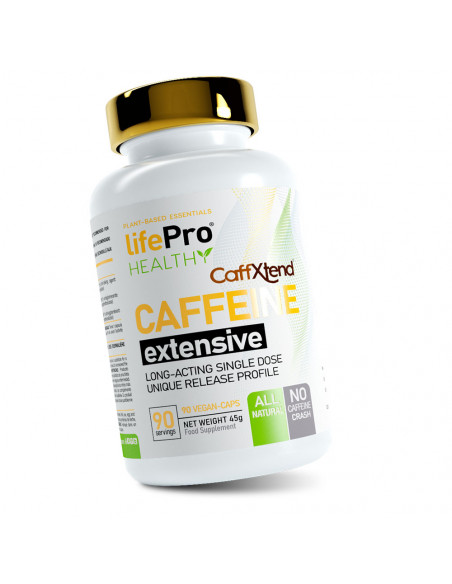 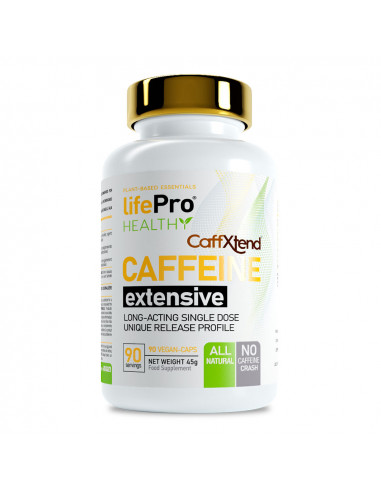 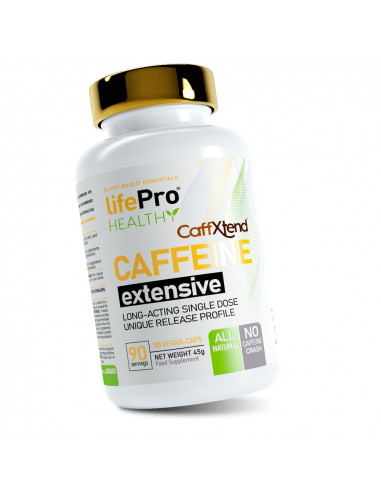 The perfect product for racing and breaking your own personal best.

Caffeine is a xanthine found in coffee beans, tea, chocolate or guarana. It is added to dietary supplements, medicines and energy drinks due to its positive effects on the body.

As we know, caffeine stimulates the central nervous system producing improvements in physical and cognitive performance, reducing fatigue and making us feel stronger and more active. It acts as an antagonist of adenosine A1 and A2 receptors, mitigating the fatiguing and drowsiness effects of adenosine by inhibiting the decreased release of dopamine and noradrenaline, among other neurotransmitters.

This effect on the nervous system explains the improvement in performance that occurs in both strength and endurance sports after ingesting caffeine.

In this sense, associated with the improvement of performance, after ingesting caffeine, an effect has been seen in the decrease of the perception of the effort involved in the exercise performed, which is linked to the fatigue suffered by the athlete.

Similarly, caffeine supplementation could improve muscle contraction by various mechanisms such as enhancing the release of calcium from the sarcoplasmic reticulum, improving the propagation of nerve impulses or improving the exchange of ions in the motor units.

In this way, there is.. Furthermore, the improvement is not only limited to the physical aspect but also affects alertness, positively influencing attentional focus while improving cognitive performance, as shown in various studies.

These effects, together with the help that caffeine provides for fat loss (by improving performance, affecting metabolism, increasing the mobilization of fatty acids, etc.), facilitating the achievement of this objective, make this supplement a very effective investment.

The difference of this caffeine with the others is that while its effects usually wear off after 3-4 hours, with this extended-release caffeine, the effect will last between 8-12 hours. Thus, both for hard days of work or study and for physical and competitive tasks of medium-long duration, this product will be beneficial.

Similarly, if your goal is to lose fat, this product will help you to achieve that goal. Likewise, although it is an extra help, proper nutrition and exercise should be the basis of a fat loss stage.

The effects of this product will be summarized below.

Avoid consumption in the hours before going to sleep.

Excessive or erroneous consumption may produce effects such as insomnia, restlessness, excitement, stomach problems or headache.

If you suffer from any mental, hepatic, cardiovascular or stomach disorders and/or are taking medication, consult your doctor before taking this product.

If you are pregnant or nursing, consult your doctor before taking this product.

How to take this product?

The dosage is 1-3 capsules taken 40-60 minutes before physical or cognitive activity/exercise. 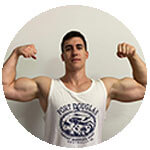 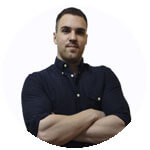 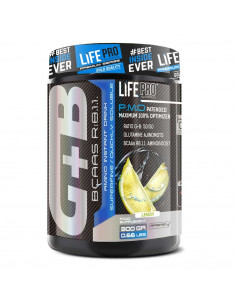 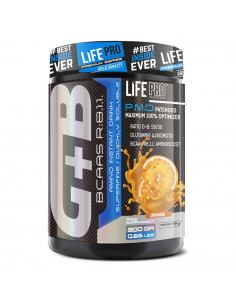 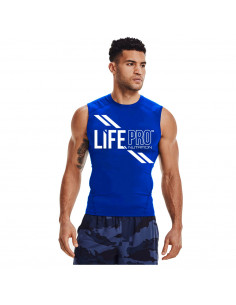 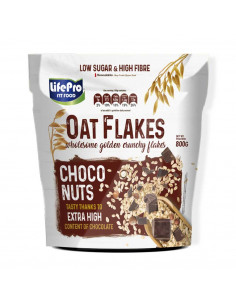 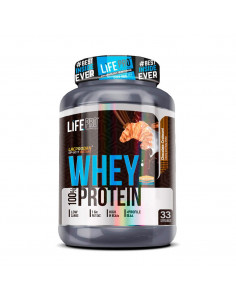 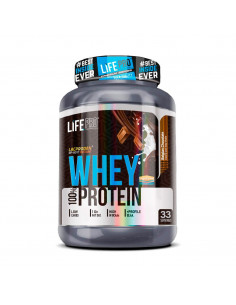 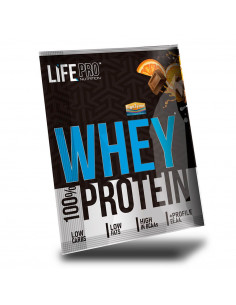